This site uses cookies to improve your user experience. By using this site you agree to these cookies being set. Click here to find out more.

Rank is delighted to announce that we have extended our groundbreaking partnership with Carers Trust into 2021.

This hugely successful partnership has had a major impact in supporting Carers Trust’s work with hundreds of thousands of unpaid carers right across the UK. Since its inception more than six years ago in February 2014, Rank colleagues and customers have raised a very impressive £2.6 million for the charity, with the money raised benefitting over 12,000 unpaid carers. Funds have typically been provided to adult carers in the form of grants, distributed through Carers Trust’s network of over 120 local carers charities.

These grants can be life changing for carers struggling to provide round-the-clock care for members of their families experiencing long-term illness, disabilities, poor mental health or substance addiction. The grants provide money for essential household items that would otherwise remain unaffordable. Money for new beds, cookers and washing machines – or to pay for hospital visits – can have a major impact in making the lives of unpaid carers much more manageable.

From the very beginning of the partnership, Rank’s employees and customers have enthusiastically embraced the fundraising drive for unpaid carers. This commitment has seen an impressive £300,000 raised in the last twelve months alone.  And since early April this year, Meccabingo.com has increased its contribution to Carers Trust, raising over £77,500.

Back in December our Mecca colleagues launched a special pre-Christmas fundraising drive that raised an impressive £39,000 over the festive season.  And in addition to fundraising, colleagues also worked hard to bring some Christmas cheer to carers.  This included Mecca venues inviting unpaid carers from their local area in for a much-deserved Christmas lunch and a break away from their caring roles. One of these was Mecca Knotty Ash near Liverpool.  They laid on an extra special day including a pampering and spa treatment session for 12 very deserving carers from Sefton Carers Centre.

We also gifted our sponsorship logo placement on Ipswich Town FC’s kit to Carers Trust for the 2020/21 season. The shirt is a special commemorative edition, celebrating forty years since the club won the UEFA Cup Final and is bound to attract a lot of attention, not just in Ipswich but across the UK!

Most impressively of all, colleagues from across the Group have continued to fundraise and support unpaid carers throughout the coronavirus pandemic and lockdown. Even though traditional fundraising events like sponsored runs have not been possible due to the lockdown, we have shown how money can still be raised with challenges like ‘Walk the UK’ which saw team members walking the equivalent of Land’s End to John O’Groats while sticking to their local streets and parks.

“This is fantastic news for Carers Trust and all the unpaid carers across the UK we are working with to make their caring responsibilities more manageable. On behalf of those unpaid carers, and everyone at Carers Trust, I’d like to offer our heartfelt thanks to Rank’s employees and customers for all their generosity and tireless commitment to going the extra mile to support unpaid carers.

"And coming as it does within the context of a global pandemic and an increasingly challenging funding environment, today’s announcement could not be more timely. Such sustained support for unpaid carers is also particularly important given the UK’s ageing population and the increasing pressure being put on health and social care budgets.”

“I am really pleased with the fantastic support that Rank’s colleagues and customers have shown Carers Trust over the last year.  It’s extraordinary to see that, despite the difficulties we’ve faced over the last five months with our Mecca and Grosvenor venues closed and over 7,000 colleagues having to be on furlough, we have continued with our efforts to raise money and have now topped £300,000 this year.  This is an outstanding amount of which everyone should be very proud.

“There has never been a more important time to be raising money to support carers and the amazing work of the Carers Trust. We are committed to continuing this high level of support with our colleagues across the Group inventing ever more ingenious ways of raising money for this marvellous charity. Thank you to all our colleagues and our customers for your amazing efforts and long may it continue.” 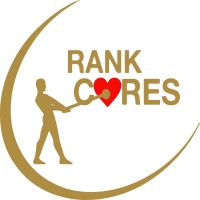